Have You Been Affected By A Louisiana Mass Tort? 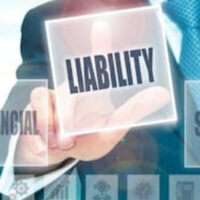 The term “mass tort” is an unfamiliar one for most people, and yet they happen with unfortunate regularity. A mass tort is any event that injures or kills a significant number of people, and was allegedly caused by negligence or recklessness, as opposed to malice. They can occur for many different reasons – for example, a natural disaster, an oilfield or otherwise industrial accident, or a defective product.

If you have been injured or lost a loved one due to an event like this, you should know that you have the right to seek compensation from the person or entity that caused it. A Shreveport mass tort attorney can help you understand how best to proceed and whether you should join a mass tort filing or not.

Many Types Of Mass Torts

Statistics from the Administrative Office of the U.S. Federal Judiciary show that in 2020, civil filings rose to over 330,000, of which it is estimated more than one-third originated in tort law. In an individual tort case, the plaintiff files suit against the defendant or defendants whose actions allegedly caused the plaintiff injury. If they can establish the defendant’s liability, the defendant will be ordered to pay damages commensurate with their amount of fault.

A mass tort, by comparison, affects a significant number of people – usually in the hundreds or thousands – who have all been negatively affected by the negligence of the same defendant or defendants. For example, as far back as 2000, the 3M Company allegedly knew their Combat Arms earplugs were defective, yet persisted in selling them to the U.S. military. This led to documented tinnitus and hearing loss in a screened population of U.S. veterans. 3M’s alleged negligence constitutes a mass tort event, and while the company never admitted liability, they did settle, paying $9.1 million after negotiations.

Mass torts can happen in many different industries and locations. Some of the most common types include:

Similar To, but Different Than, Class Actions

Like class action lawsuits, mass tort suits involve a large group of people who have all been allegedly injured by the negligence of one or more defendants. However, in a class action lawsuit, a large class of plaintiffs choose one or two to act for the class; in a mass tort suit, each plaintiff is treated as an individual, with an individual case. It is not uncommon for mass tort plaintiffs to file a class action suit if they believe that it is the most efficient way to have their cases heard, but the two are not the same.

If you have been injured in a mass tort event, you may be cheered to know that you are not alone, but still be unsure as to how to proceed, particularly if your injuries are severe. The Shreveport mass tort attorneys from Rice & Kendig can help shoulder the legal load, both in court and outside, so that you can focus on physical recovery while we work for financial recovery. Contact our office today at 318-222-2772 for a free consultation.

By ​Rice & Kendig, LLC | Posted on May 23, 2022
« Are Louisiana Roads Safe For Bicyclists?
Soft Tissue Injuries After Louisiana Car Crashes »