Are Louisiana Roads Safe For Bicyclists? 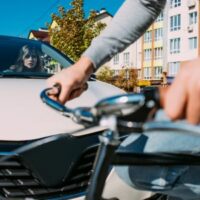 In recent years, Louisiana has acquired a reputation for being dangerous, and, in some areas, hostile to bicyclists. The Baton Rouge Advocate found that in 2019, Louisiana ranked second only to Florida in terms of bicyclist fatalities, with both Baton Rouge and New Orleans ranked as two of the most dangerous metropolitan areas in the country for bicyclists and pedestrians.  There are several reasons why the state has such high accident and fatality rates for bicyclists.

If you have been injured in a crash while on your bicycle, it is crucial that you understand your rights moving forward. A Shreveport bicycle accident attorney can help to answer any questions you might have about holding another person or entity responsible for the injuries they allegedly caused.

Why Is Louisiana Dangerous?

Generally, Louisiana weather is not pleasant for most of the year, and because of this, bicyclists can be seen on the state’s roads at almost any point in time. That said, few motorists actually understand that bicyclists essentially have all the same rights and responsibilities of vehicle drivers, which often leads to vehicle drivers taking advantage, using the road in a manner that forces cyclists off or to the rear of their car or truck.

In addition, in some areas, there is a pattern of outright hostility to cyclists.  Louisiana state law explicitly provides that it is illegal to harass or taunt cyclists, including throwing objects at them. A safe passing distance of at least 3 feet must be strictly observed – but collisions involving bicyclists crashing after being harassed or a vehicle passing too closely are still depressingly common.

Of course, some bicycle crashes simply occur due to negligence, rather than active malice. There are many different ways that a collision between a bicyclist and a car or truck driver may occur, but many of them can be linked back to fault on the part of the bicyclist, or negligence from the driver. Some common reasons include the driver being distracted, under the influence of drugs or alcohol, faulty or missing infrastructure like signs or traffic lights, or fatigue on the part of the driver, bicyclist, or both. Whether you believe that your accident was caused by mistake or by malicious means, consulting a knowledgeable attorney is a good idea.

In some situations, the injured bicyclist may not want to file suit against the person who caused their injuries because they know they played a role as well – in other words, their injuries were at least partially their own fault. It is important to be aware that Louisiana law does not prohibit recovery in that situation – rather, state law holds that an injured plaintiff can still recover, minus their own percentage of fault. For example, if a bicyclist is injured in a crash with an automobile, the judge or jury may rule that they were 20 percent at fault. That bicyclist could, in theory, still recover up to 80 percent of their damages.

The benefits of riding a bicycle are many, but in Louisiana, unfortunately, they must often be weighed against the potential negatives. If you have been involved in a bicycle crash in Shreveport that was due to another person’s negligence, know that Rice & Kendig can help you receive the compensation you deserve. We can hunt down records and handle the paperwork while you focus on physical recovery. Contact our office today at 318-222-2772 for a free consultation.