Who Is Liable For A Motorcycle Crash? 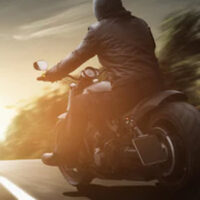 Motorcycle crashes can result in serious and devastating injuries in the Shreveport area. According to the State of Louisiana, collisions have been on the rise across the state, and the overall rate of serious and deadly crashes is higher in Louisiana than nationally. There are various reasons for a potentially higher collision rate in Louisiana, such as the lack of a full cell phone ban and the legalization of medical marijuana. Many motorcycle collisions are caused by negligent motorists, including those who engage in distracted driving or intoxicated driving. When motorcyclists are involved in wrecks, they often sustain severe and life-threatening injuries since they do not have the same protections as occupants of motor vehicles.

Given the severity of injuries in these collisions, it is critical for injured motorcyclists to determine liability in order to seek compensation. Who is liable for a motorcycle crash? It depends on the facts of the case. The following are parties who are commonly at fault for collisions.

Negligent motorists who drive cars and trucks are often liable for motorcycle crashes due to behaviors like distracted driving, aggressive driving, and intoxicated driving. When motorists do not account for their blind spots or following too closely behind motorcyclists, they can crash into motorcyclists and cause devastating injuries.

Property Owner of the Premises Where the Accident Happened

Sometimes motorcycle crashes occur because of hazards on roadways. For example, large potholes that have not been repaired can cause serious wrecks, as can debris that has not been cleared. Motorcyclists can also be severely injured in crashes caused by slick roads where no warning signs have been posted. In these types of circumstances, the owner of the premises may be liable.

Motorcycle Who Was Negligent

Sometimes motorcyclists also bear some responsibility for their own injuries. It is important for any injured motorcyclist who has concerns about their own fault to know that they can still recover damages as long as another party also bears responsibility for the collision. Under Louisiana’s comparative fault law, a plaintiff can still recover damages even if that plaintiff was up to 99 percent at fault since Louisiana uses a “pure comparative fault” model. However, the plaintiff’s damages will be reduced by their portion of fault.

Anyone who has been injured in a motorcycle wreck in Louisiana may be able to file a claim in order to seek compensation. You should contact one of the experienced Shreveport motorcycle accident lawyers at Rice & Kendig, LLC to learn more about your options for seeking compensation.