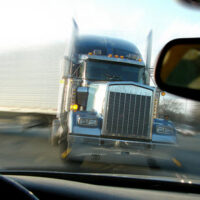 Even though frigid temperatures are less common in Louisiana than they might be in many other states, the roads still change in terms of texture and response time. The number of car crashes rises in winter, particularly those involving large trucks. 18-wheelers are especially susceptible to crashing on wet or cold roads, with jackknife wrecks being one of the most common types. If you have been involved in a crash involving a jackknifed truck, and you suspect that the wreck occurred due to someone else’s negligence, know that you have the right to file suit against them.

Wrecks involving large trucks can be somewhat more complex than the average car crash, because there may be more than one defendant responsible for what you have been through. Our Shreveport tractor-trailer jackknife accident attorneys can offer compassionate representation and advice for what can feel like an overwhelming situation, and help you decide whether filing suit is right for you and your family.

What Happens In A Jackknife Truck Crash?

Jackknife truck crashes happen when a truck driver loses control of their cab, or of the connection between the cab and the trailer they are hauling. Normally, the trailer of a large truck simply follows the cab, pulled by the force it is exerting. However, if a driver loses control of their cab, the connection between the two parts of the vehicle will cause the trailer to keep going forward. This can pull the truck into a ‘jackknife’ position, with the cab almost folded in next to the trailer, and the driver having little to no control.

If you are injured in a jackknife crash with a large truck, the harm you suffered is likely serious. 18-wheelers are simply heavier than most automobiles, even without cargo on boar. Due to the weight difference of an automobile and an 18-wheeler, a jackknife collision can very easily be fatal or cause significant, life-changing injury. If a jackknife crash involves an automobile, it most often occurs when the trailer simply swings and strikes the automobile on its side, where protection for the driver and passengers may not be as strong as in the front or back.

While jackknife collisions tend to occur most in bad weather, there are several human factors to be considered in determining the cause of the crash. The most common are those which render a truck driver somehow compromised – whether due to fatigue, use of alcohol or drugs, or another issue. These all play a major role in causing these types of crashes. Of particular note is the number of hours of service violations noted in truck crashes. The Federal Motor Carrier Safety Administration (FMCSA) institutes hours of service for commercial truckers, but they are frequently breached, in an effort to more quickly deliver cargo.

More Than One Defendant?

One of the particular differences between automobile collisions and crashes involving large trucks is that in most auto collision cases, there is only one defendant – the driver who allegedly caused the wreck. In a crash with an 18-wheeler, it is very possible that more than one person or entity might bear fault for the injuries caused. The most common example is the trucking company, who may possibly be held liable for the driver’s acts under a theory called vicarious liability. If the driver was within the “course and scope” of their employment when the crash happened, the company will also be held liable for the damages caused in most scenarios.

Being involved in a car crash is always an upsetting event, but being involved in a crash with a large truck can be life-changing. If you believe that the collision occurred because of someone else’s negligence, you have the right to seek damages for what you have been through. The Shreveport jackknife truck crash attorneys at Rice & Kendig have experience with these matters, and can help you and your family get the recovery you deserve. Call our office today for a free consultation.

By ​Rice & Kendig, LLC | Posted on March 15, 2022
« Louisiana Motorcycle Crashes Can Be Deadly
Who Is At Fault In A Louisiana T-Bone Vehicle Crash? »