Injured In An Aviation Crash? 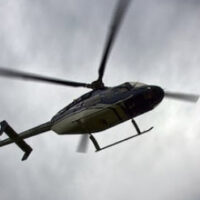 On January 14, 2022, a helicopter crashed into a marsh in Lafourche Parish, near Galliano, Louisiana. The Coast Guard dispatched personnel to search for those aboard, but by the time the bodies of the pilot and one passenger were located, they had both passed away. Aircraft wrecks can be fatal. When they do leave survivors, the injuries caused are often quite severe.  Sometimes accidents simply happen, but sometimes, they are caused by the negligence or the reckless behavior of another person.

If you have been injured in a Louisiana airplane or helicopter crash, you have the right to seek compensation from the person or entity that you believe caused the harm. However, these cases often become quite complex, because there can be several different parties whose actions can affect the outcome in your case. Our Shreveport aviation crash attorney Marshall Rice,  who is also a pilot,  has the procedural knowledge to help injured victims get the compensation they deserve.

The U.S. Bureau of Transportation Statistics estimates that approximately 1,085 accidents were recorded by the relevant authorities, with 187 serious injuries sustained in almost 19,500 total flight hours logged. This may not seem like very many, but it is worth it to notice that the fatality count is almost double, at 332. The inference that one can draw is that aviation wrecks tend to be serious when they do occur. Even with protection, fatalities are more likely than serious injuries. If you survive, the odds are high that you will have exorbitant medical bills.

While very minor mishaps do occur, these very rarely escalate into lawsuit territory. If someone is severely injured, however, it is more likely for them to seek compensation in court. However, it can be quite difficult to determine how best to go about it, because aviation crash cases may possibly involve multiple different sets of law. For example, depending on certain factors, a flight may fall under Federal Aviation Administration (FAA) regulations, or it may not.

In addition to ensuring that an aviation wreck case is brought under the proper legal aegis, one must also be aware that procedures governing a case that involves a small private airplane or helicopter may differ profoundly from those governing a large commercial aircraft crash. For example, private pilots are generally not required to carry what civilians know as a “black box” – a set of devices that records voice in the cabin, and logs data of all the craft’s relevant systems. Without this vital item, piecing together the events leading up to a crash can be extremely difficult.

If you have been injured in a helicopter or airplane crash, there are many different potential causes that might have set those events in motion. Some of the most common are pilot error (which may have caused the Lafourche Parish crash), a defect in the construction or design of the aircraft, or negligent maintenance. A design or construction defect would give rise to a product liability lawsuit, which can be brought against the manufacturer of the allegedly defective part (or, if the aircraft itself was allegedly defective, against the aircraft’s manufacturer).

Be advised that a product liability case in Louisiana must meet the standards of the Louisiana Products Liability Act (LPLA), which differs slightly from federal product liability law. There is a sort of unofficial presumption that a plaintiff begins such a case with a doctrine called res ipsa loquitur on their side. What this means is that the plaintiff starts with the presumption in their favor that the alleged defect would not exist if someone had not been negligent. However, this does not mean that the plaintiff cannot lose their case if it is not presented properly.

Living through an aviation crash can be a harrowing, even life-changing experience. If you have been through such a crash and need help getting the money damages you deserve, the Shreveport-Bossier aviation crash attorneys at Rice & Kendig will work hard to give you the best recovery possible. With an experienced pilot in the office, we have real-world knowledge and legal experience to put toward your case. Call our office today at 318-222-2772 for a free consultation.

By ​Rice & Kendig, LLC | Posted on April 12, 2022
« Have You Sustained A Spinal Cord Injury In Louisiana?
Rear-End Collisions On Louisiana Roads »