How To Prove Liability In A DWI Wreck 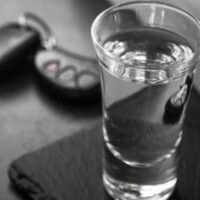 If you, or someone you love, sustained injuries in a crash caused by an intoxicated driver, it is important to start working with a lawyer who can help you to file a claim and to hold the drunk driver accountable for the harm they have caused. According to the U.S. Centers for Disease Control and Prevention (CDC), Louisiana has a significantly higher rate of alcohol-impaired injuries and deaths than the national average. Indeed, the alcohol-impaired driving death rate nationwide is 3.2 per 100,000 population, while that rate is 4.6 per 100,000 population in Louisiana. Whereas 1.7 percent of drivers report they have driven after having too much alcohol, 2.3 percent of Louisiana drivers say they have driven after being alcohol-impaired.

When an alcohol-impaired driver causes a crash that results in injuries, it is important to know how to seek financial compensation for losses. To be able to win a claim for compensation against an intoxicated driver, you will usually need to prove fault. How can you provide fault in a DWI wreck? Consider some of the following options:

You can obtain a police report or an arrest record to support your case in which you argue that the driver was drunk, and therefore negligent and responsible for the wreck that resulted in your injuries.

If you were injured in a collision caused by an intoxicated motorist, an experienced Shreveport DWI wreck attorney at our firm can assist you with your case. Contact Rice & Kendig today for more information about how we can help you.