Have You Sustained A Traumatic Brain Injury In Louisiana? 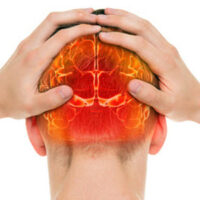 A traumatic brain injury (TBI) is arguably one of the most severe injuries that a person can sustain, with multiple possible causes and long-term outcomes that may range from a few days’ unpleasantness to life-changing harm. If you or a loved one has sustained a TBI due to the negligence or recklessness of another person, it is often a good idea to file a civil suit against them to try and recover monetary damages.

TBIs often come with significant costs, and if someone else’s behavior allegedly caused the injury, you have the right to hold them accountable. A Shreveport-Bossier County traumatic brain injury attorney can help clarify your options, and help you decide which path is best for you and your family as you try to rebound from the fallout after being injured.

Data from the Centers for Disease Control estimates that in 2019, over 60,000 deaths occurred in which a traumatic brain injury played a role. In general, people over the age of 75 sustained higher rates of TBI than any younger group (primarily due to falls and to a higher tendency to be injured in an accidental manner), and men were almost twice as likely as women to be hospitalized with a TBI. The most common causes of TBI are falls, vehicle accidents, and firearm-related events, such as attempted suicide or violent crime.

What many are not aware of until they experience a TBI is that the symptoms and effects can range from mild headaches and light sensitivity, to confusion, slurred speech, and agitation. It can be difficult to diagnose a TBI, particularly a mild to moderate injury, because the range of potential symptoms is so wide. Some signs signify immediate danger – for example, if one is repeatedly vomiting, slurring their speech, and one pupil is larger than the other, this can indicate a blood clot in the brain – but if only one of those symptoms is present, the injury may be much less severe.

In short, if you suspect the possibility of a TBI in yourself or a loved one, it is best to seek immediate treatment. If you do not get the correct treatment, you run a higher risk of significant, long-term injury. If your injury was allegedly caused by someone else’s negligence, failure to seek medical treatment can (in some cases) make it impossible to file suit against them.

In order to establish that the defendant was negligent, you must establish that they owed a duty of care toward you (that is, to exercise reasonable care toward you and those like you), and that they breached that duty. The breach of duty must be the direct cause of your injuries, without any other intervening cause. That said, keep in mind that you may be found partly liable for your own injuries, but this does not bar recovery – rather, Louisiana law says that any recovery will be lowered by your percentage of fault, but you can still recover.

A traumatic brain injury is one of the most serious injuries a person can sustain, and if you have experienced one as a result of another person’s negligence, you have the right to try and hold them accountable. A Shreveport brain injury attorney at Rice & Kendig can help answer your questions about your rights, and if you decide to file suit, we will do the hard work while you focus on healing. Contact Rice & Kendig today at 318-222-2772 for a free consultation.

By ​Rice & Kendig, LLC | Posted on February 9, 2022
« Are Louisiana Streets Dangerous For Pedestrians?
Can I Sue A Drunk Driver In Civil Court? »