Filing A Civil Claim Against A Louisiana Drunk Driver 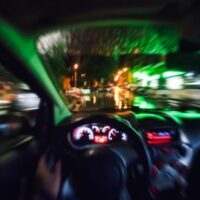 Most of the time, if someone is injured in a car wreck with a drunk driver, they expect the driver to face criminal penalties. While that will happen in most Louisiana DWI cases, what many injured victims do not know is that they can usually file a civil suit against the drunk driver as well. While insurance will pay for much of your medical bills, there are certain causes of action that insurance will not cover. Filing suit may help those bills get paid.

Filing a civil suit against a drunk driver can feel like too much to do while trying to recover physically from your injuries. An experienced Shreveport drunk driving accident attorney can get your records and other relevant paperwork, as well as guide you through the legal process. You have the right to get the compensation you deserve.

What About Double Jeopardy?

The average person tends to think that if a drunk driver is charged criminally, they are not allowed to bring a civil lawsuit against that person because double jeopardy will trigger. In reality, the Fifth Amendment protection against double jeopardy only applies if two cases are brought against the same person, over the same matter, in the same system. For example, if someone is charged with a state crime, charging them under federal law would not trigger double jeopardy. The same is true of being charged in criminal court vs facing a civil lawsuit. – the systems are different.

A criminal conviction usually results in monetary penalties, jail time, or both, with the severity ascending each time the person drives under the influence. If you file a civil suit against an allegedly drunk driver and prevail, your reward will be monetary as well. Most of these types of cases are filed seeking damages that their insurer may not cover. Insurers will cover so-called economic damages – expenses that are able to be quantified on paper. They will usually not cover more intangible causes of action like pain and suffering or loss of quality of life – but one may prevail in a lawsuit to recover these damages.

In order to recover against a drunk driver, the injured plaintiff has to prove fault – if they can prove that the defendant driver was intoxicated, that will go a long way toward establishing negligence. If you choose to file suit against the driver after their criminal proceedings have concluded, be advised that since the standard of proof is higher in criminal court (“beyond a reasonable doubt”) than it is in civil court (a “preponderance of the evidence”), any evidence on the record from the criminal trial can generally – though not always – be used in civil court without repercussions.

One other thing that an injured plaintiff should keep in mind is that if a case is considered particularly egregious, Louisiana law does allow for exemplary damages, sometimes referred to as punitive damages, if the intoxicated defendant’s actions can be shown to have displayed a “reckless disregard for the rights & safety of others.” This is not an easy standard to meet, but if a defendant’s actions truly show no regard at all for others’ safety, Louisiana courts will award damages intended exclusively to punish. This is very rare, but it does happen if the facts of the case are grievous enough.

In general, being struck by a drunk driver is a frightening experience. If you have been injured and want to seek money damages for what you have been through, the Shreveport DWI accident attorneys from Rice & Kendig can help. We are ready to work hard for you to make sure your rights are protected. Contact our office today at 318-222-2772 for a free consultation.

By ​Rice & Kendig, LLC | Posted on May 2, 2022
« Rear-End Collisions On Louisiana Roads
What To Do After A Louisiana Vehicle Crash »