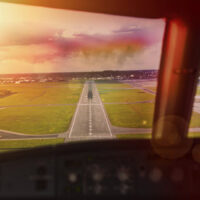 Airplane crashes are far less common than those which involve automobiles or boats, but when they happen, they can lead to catastrophic injuries and fatalities. Data from the National Transportation Safety Board (NTSB) shows 568 accident reports filed in the first half of 2022, with 103 of them registering at least one fatal injury – almost 20 percent of all reported incidents.

This may not seem like much compared to the thousands who die on U.S. roadways – but if you have been the victim of this type of crash, you have likely suffered serious physical injury, to say nothing of the mental pain and trauma you may have been through. A Shreveport aviation crash attorney – particularly one who is an experienced pilot, as we have in our firm – may be able to help you get the compensation you deserve.

Most of the time, the average person may hear the phrase ‘aviation accident’ and think of a major crash involving a commercial passenger plane. However, incidents that result in fatal injuries most often occur with private planes or homemade ‘kit planes,’ rather than in commercial or cargo planes. The reasoning makes sense; sadly, the average person may put a kit plane together incorrectly, or an inexperienced or hurried pilot may miss a step in their safety checklist. Still, there are numerous causes that can play a role in aviation crashes.

Some of the most common include:

If you have been injured due to the negligence of another person, you have the right to seek compensation for what you have been through. Keep in mind, however, that sometimes the negligent person is not easy to identify. For example, if an aviation crash occurs when two planes collide on the ground, the pilots may be potentially liable, but it is also plausible that the runway was not properly cleared. Every case is different.

Do Not Try to Do This Alone

Unlike some other types of personal injury cases, aviation crash cases are extremely complex, and it is highly recommended that an injured plaintiff enlist an experienced attorney to help guide them through the legal process. There are several questions that may become relevant in an aviation case that would not be asked on the ground. For example, FAA regulations define a commercial flight as one that is for “compensation or hire” – however, that is a very loosely defined phrase in this context. It can be easy to assume that your flight is not commercial, but it may fall under that definition. If your flight is considered commercial, it will be treated differently than one solely for private use.

There are many questions that require answers after an aviation crash. If you have been injured due to the negligence of your pilot or another person, you have the right to seek money damages for the harm you have suffered. The Shreveport aviation crash attorneys from Rice & Kendig can help get accident reports, medical records and all associated paperwork so that you can focus on physical recovery. We are ready and willing to try and help. Call our office today at 318-222-2772 for your free consultation.